If you live in Toronto, and you haven’t been to Wvrst, change your plans one night in the coming week and visit ASAP. Wvrst is located on the very trendy King West strip, between Spadina Avenue and Bathurst Street on King Street. The restaurant describes itself best on their website… “a modern beer hall that specializes in artisan sausages, craft beer, and good times.” It is, just that. 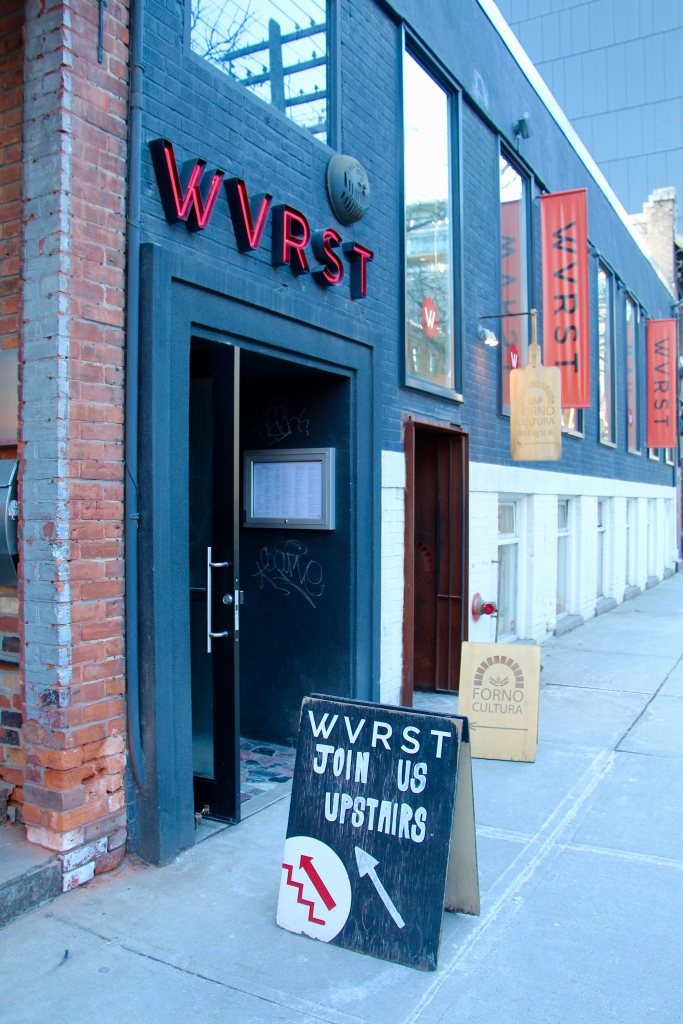 Wvrst is always at the top of my list of places to go in Toronto. There’s nothing else like it in the city! I’m a huge fan of German-style beer and eats, so this place is right up my alley. Wvrst is a casual spot, with communal picnic tables spread throughout the space. There’s a counter to order food and beer, and also a separate bar that keeps the beer flowing. The best way to experience Wvrst is in the evening – it has a great party atmosphere when it’s busy – when everyone’s sharing tables and having a good time. 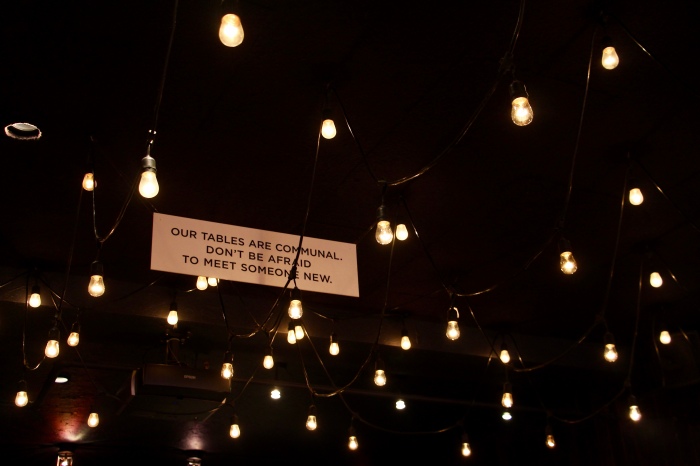 Wvrst offers hundreds of bottled and canned beers and ciders, and 24 constantly-rotating taps. Needless to say, there is something for, literally, everyone. There’s no Molson Canadian or Labatt beer here… (insert ‘praise’ emoji here!) Wvrst serves up a selection of craft and artisanal beers from around the world. My favourite beer of all time is Weihenstephaner Hefe Weissbier, a German wheat beer with smells of cloves, and boasts a light, refreshing banana flavour. It’s produced by the oldest brewery in Germany, The Bavarian State Brewery Weihenstephan. At Wvrst, Weihenstephaner flows from a tap, which can be hard to find in Canada. This alone makes my day. You can also find a rotating selection of Ontario craft beer on tap, and in true German-style, certain beers are offered not only in pints, but in one-litre steins.

Before I even get to talking about the incredibly delicious variety of artisanal sausages Wvrst offers, I have three words… Duck. Fat. Fries. These Belgian-style fries are some of the best around, and they come with your choice of two house-made dips. My personal favourite is the maple rosemary.

The sausages at Wvrst are equally amazing. All sausages are gluten-free and house-made. There’s game sausages such as rabbit, pheasant and wild boar, as well as traditional sausages like bratwurst, Oktoberfest and chorizo. Wvrst also makes vegetarian and vegan sausages. Everyone can find something to enjoy here. My classic go-to is the bratwurst sausage on a bun with sautéed onions, sauerkraut and mustard. Pair that with the duck fat fries, maple rosemary dipping sauce and a cold draught beer – my gosh that’s as good as it gets!

I’ve always been too full to think about dessert after fries and sausages, but Wvrst also makes in-house soft serve maple rosemary ice-cream, and gives the option to have duck fat fry bits sprinkled on top. I’m not sure if this combination is my cup of tea, but people rave about it. Maybe someday… 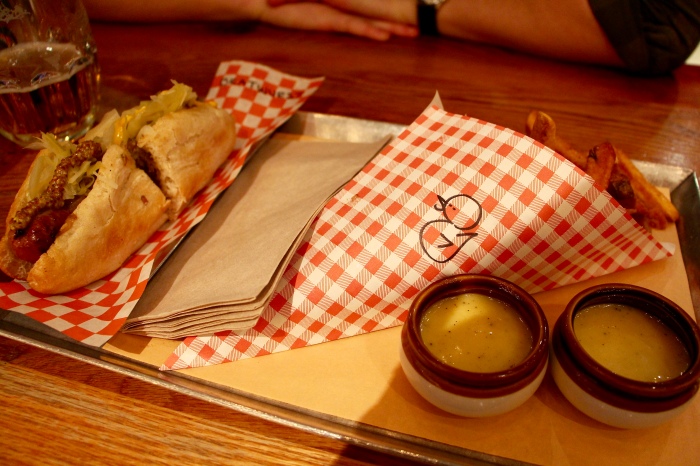 Wvrst offers semi-private dining areas as well as the option to book the whole restaurant for events and parties. They also host their own array of events such as The Craft Invitational to celebrate Toronto Beer Week, Oktoberfest celebrations, Halloween parties and more. They also have a ceiling projector, and a large screen that they pull down for sports games and events. Wvrst is a great place to catch a Toronto Maple Leafs game with friends or to bring visiting friends and family to showcase just how awesome Toronto really is. 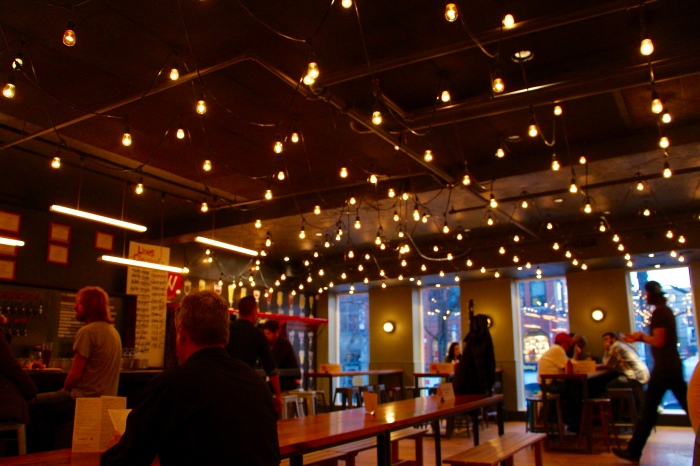 You can keep up to date with what’s going on at Wvrst by following them on Facebook and Twitter. Believe me, you want to.

*All photos & opinions are my own.