Rainhard Brewing Co. is a relative newcomer to the Toronto beer-brewing scene, as they only began sharing their beer with Torontonians in May 2015. Until a few Sundays ago, I didn’t know it existed, and now I have a new Toronto brewery that I’m looking forward to visiting on the somewhat regular, and stopping in at with beer-loving family and friends when they come to visit from out of the city.

As they mention on their website, at Rainhard Brewing Co. they brew the beer they love to drink. It doesn’t get more honest and authentic than that!  The beer is good, and I’m sure they will only grow their offerings. Their brewery is located inside an old manufacturing plant on Symes Road in the Stockyards, and close to the Junction area of Toronto. The brewhouse functions as the brewery itself, a tap room, a retail store and an event space. Tours of the space aren’t scheduled but are always available upon request. There are also various events scheduled throughout the year at the brewhouse, like their one-year anniversary celebration happening soon. They also plan to attend Toronto Beer Fest this year. 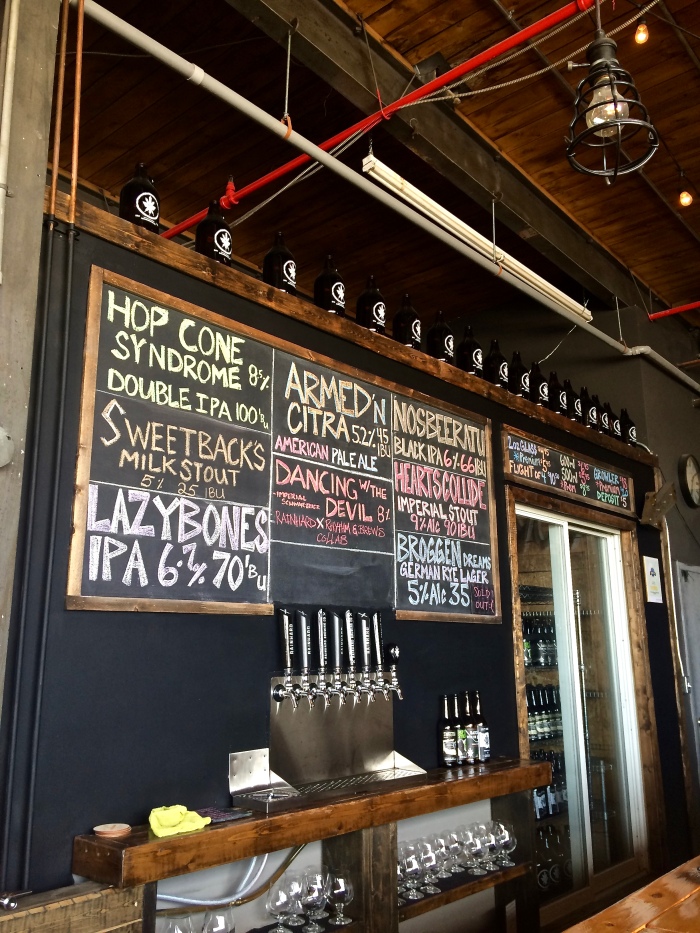 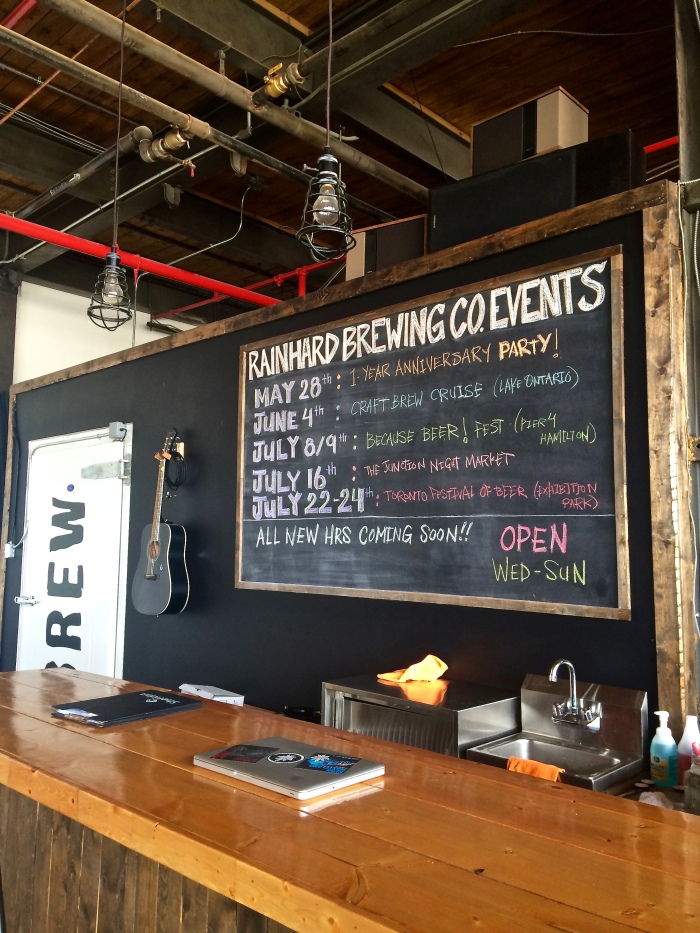 You can order pints and flights in the tap room, and easily spend an afternoon drinking beer in their bright industrial space. I believe they are also planning to add a small patio outside, which will make for a perfect place to drink the good stuff in the summertime.

My favourite beer at Reinhard Brewing Co. is the Armed n’ Citra North American Pale Ale. It’s crisp, and has a ton of flavour. The Sweetback’s Milk Stout was also a popular choice among our group, as was the Lazy Bones IPA and the Hearts Collide Imperial Stout. When we visited, they were serving a lot of strong, hoppy beers and heavy dark beers. The lightest beer they offered was Armed n’ Citra. I strongly recommend a visit here if you enjoy IPA’s and stouts. There are lots to choose from!

From the retail store, you can purchase their beer in bottles and growlers to take home and enjoy.

*All photos & opinions are my own.