Scott and I had been talking about visiting Germany together since we started dating. It was a place we both dreamed of seeing and experiencing for many reasons, and when we finally stepped foot in Berlin, our first of many stops in Germany, all our feelings of anticipation and excitement clicked together, and the beer cravings intensified ten-fold.

Berlin is one of the most eclectic and vibrant cities I have visited. Over the course of the three days we had to explore it, it came to feel very similar to our home city of Toronto. There are distinctly different neighbourhoods, the food and bar scene is unreal and the people are wonderfully friendly. You come across people from all walks of life and backgrounds. It’s a marvellous thing.

Because of it’s volatile past, Berlin is also an unparalleled place to learn more about the historical events that unfolded here, and although learning about these events is heavy, and terrible to fathom at times, it’s so important to acknowledge and learn about mistakes made in the past so they are not repeated in the future.

I absolutely adore Berlin. Here is how we spent our time in this incredibly cool city. 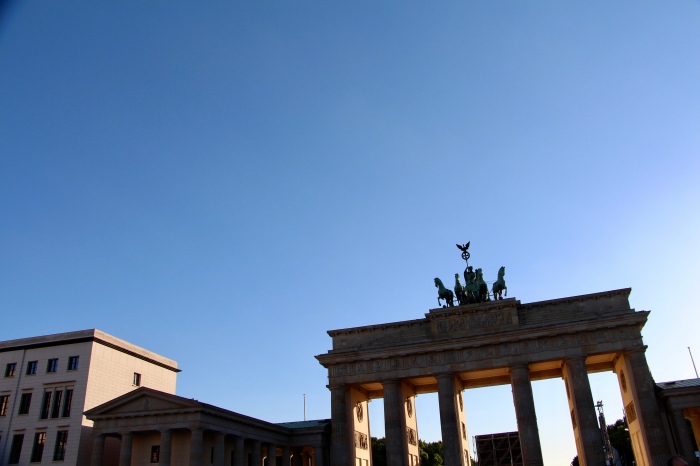 What to see and do

Book yourself in for a free walking tour, put on your comfy shoes, and get ready to learn a lot! There are many companies throughout Berlin offering these tours, and it truly is a wonderful way to get to know, and understand, a city like Berlin. There is so much history here – from WWII to the Cold War and beyond – and unless someone is explaining to you about what happened in the buildings you’re walking next to, you could very well miss a lot. The context these tours provide is priceless. We signed up for the Original Free Walking Tour Berlin and would highly recommend it. We spent almost four hours walking through the heart of Berlin with an incredibly knowledgable and passionate guide. With our guide leading the way and providing relevant stories and reference, we visited monuments and sites like the TV Tower, Alexanderplatz, the Berliner Dom, Museum Island, Checkpoint Charlie, the remaining portions of the Berlin Wall, Brandenburg Gate, the Reichstag, the Memorial to the Murdered Jews of Europe, and many more in between. We walked past the Berlin State Opera House, the booking burning memorial in Bebelplatz and the oldest church in Germany, St. Nicholas’ Church. The experience was incredible. Remember to tip your guide generously. 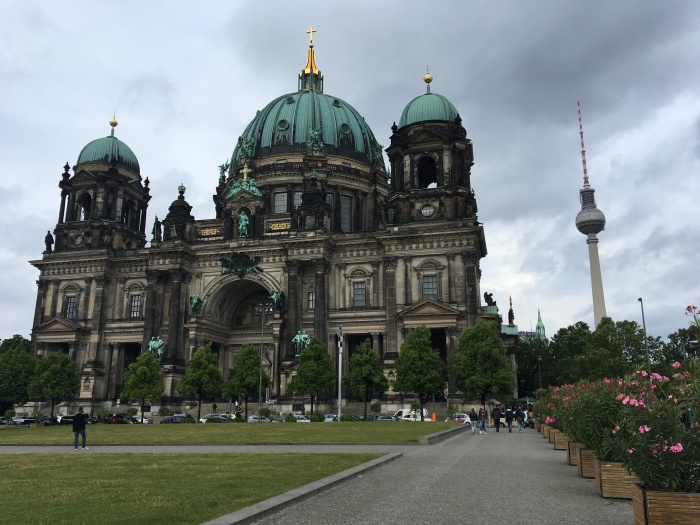 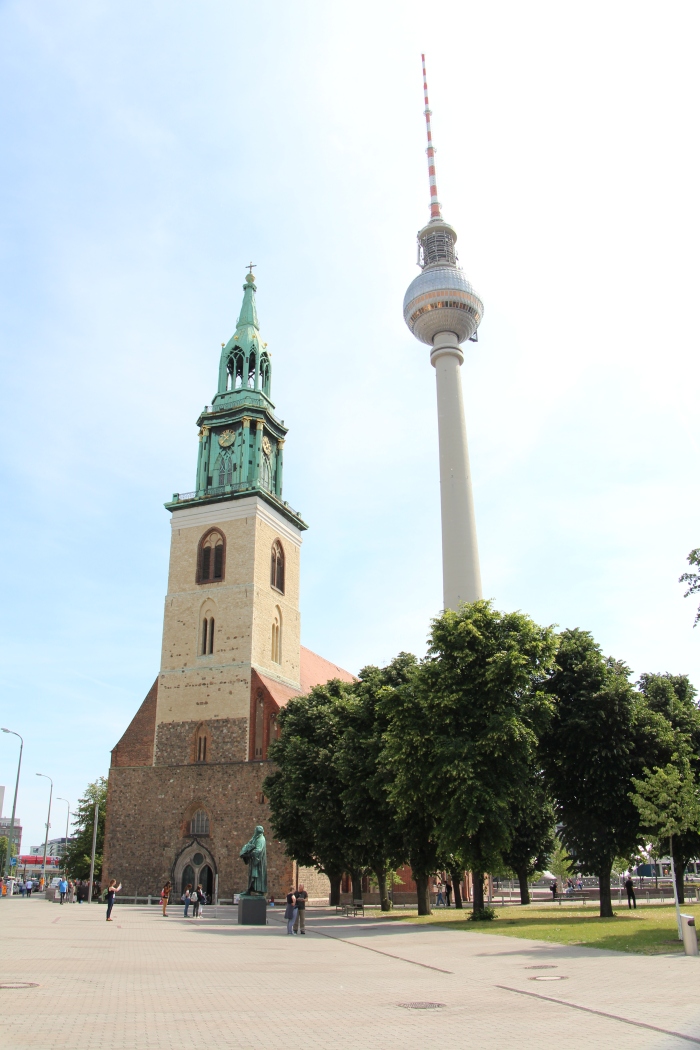 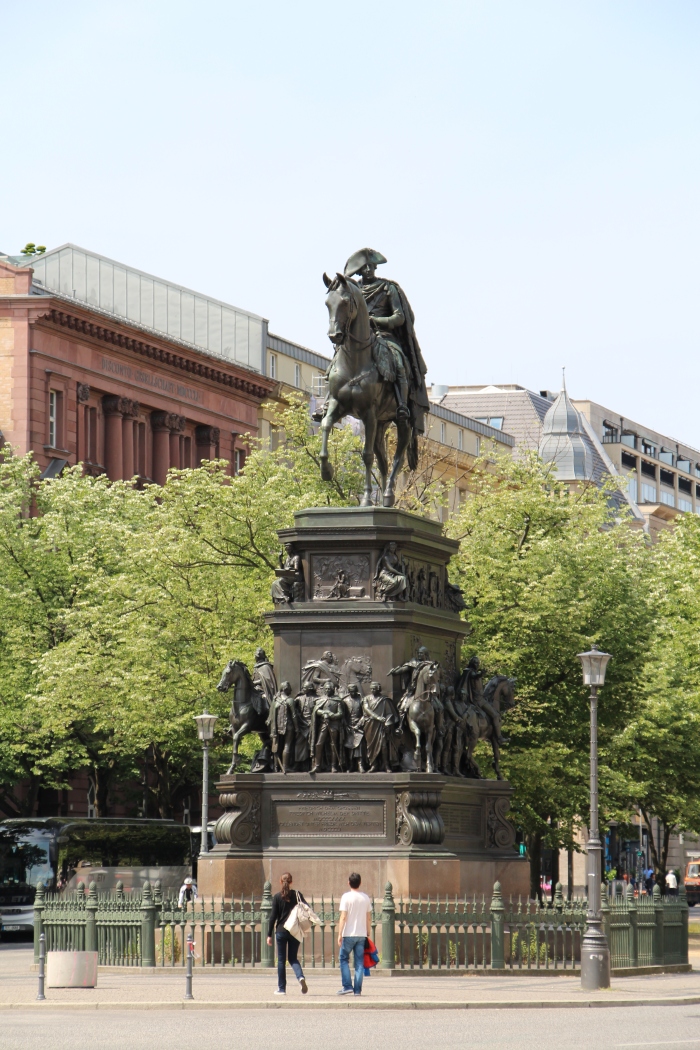 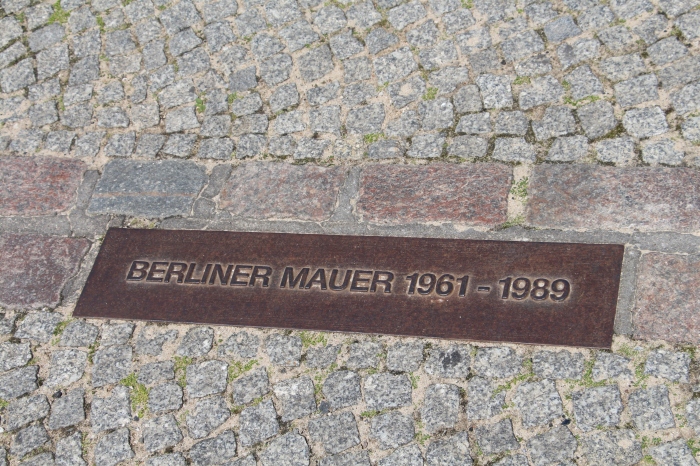 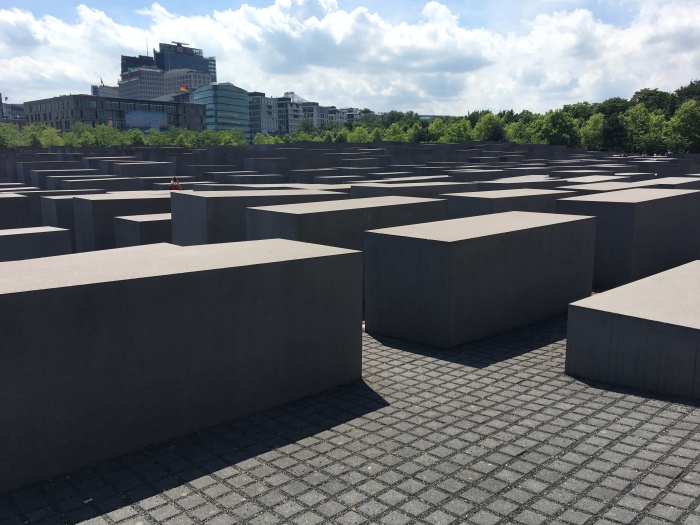 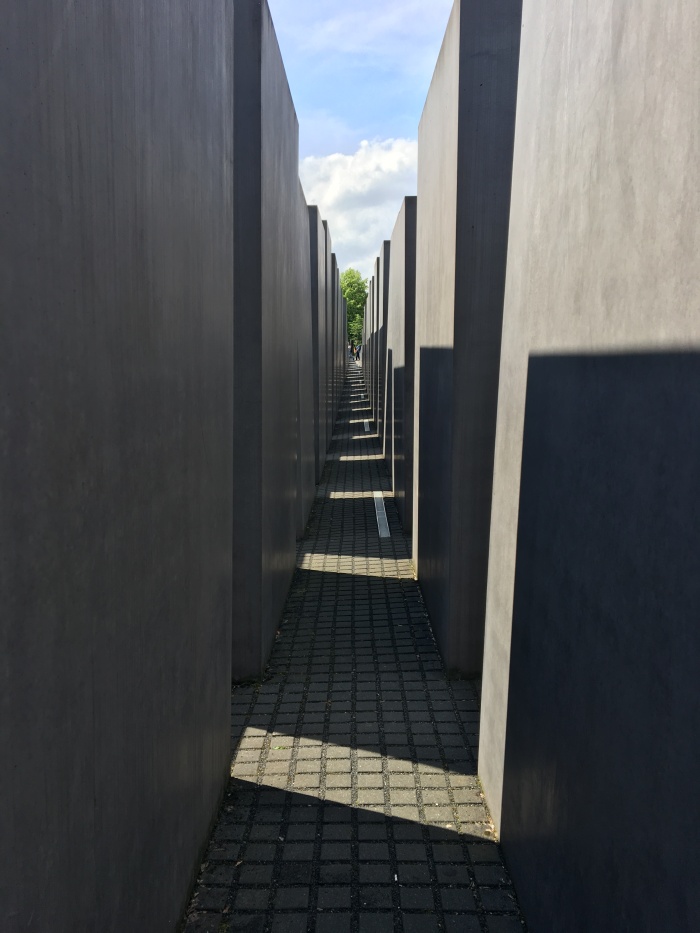 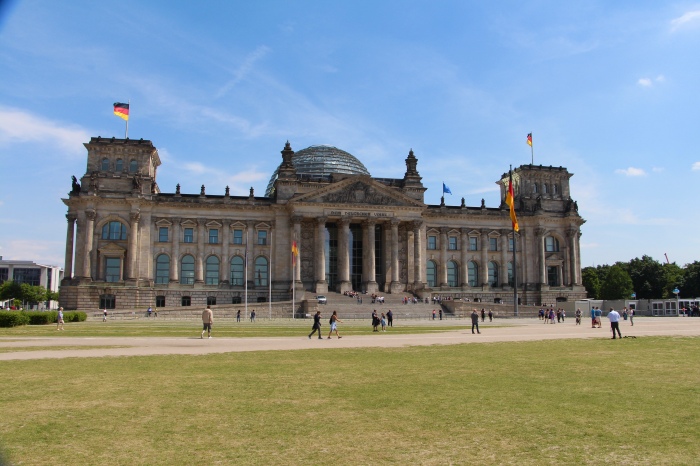 Visit the East Side Gallery for an outdoor art gallery-style experience like no other. 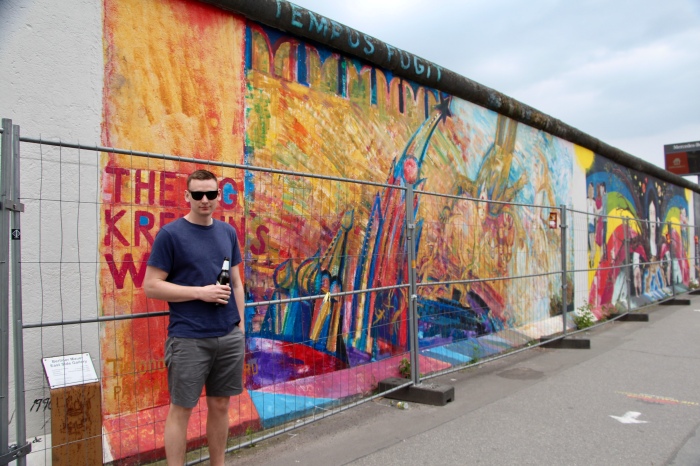 Using the metro to move in-between, explore the neighbourhoods of Friedrichshain-Kreuzberg, Prenzlauer Berg, the Jewish Quarter and Mitte. These different areas boast incredible restaurants, cafe’s and sights. Airbnb also actually has a great Berlin neighbourhood guide that can help you decide what area is the best fit for you in terms of accommodations as well. 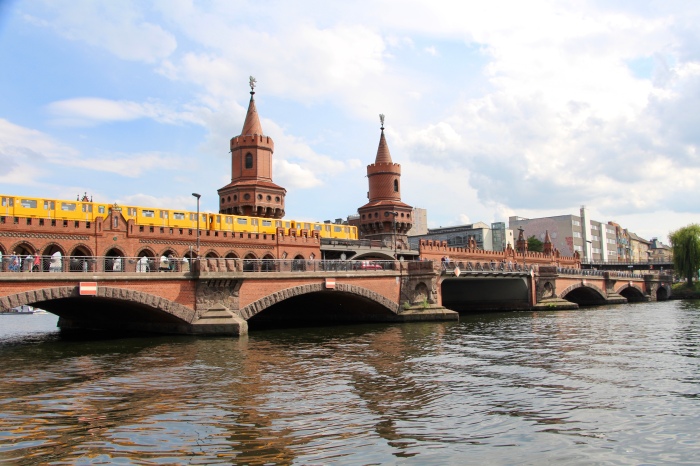 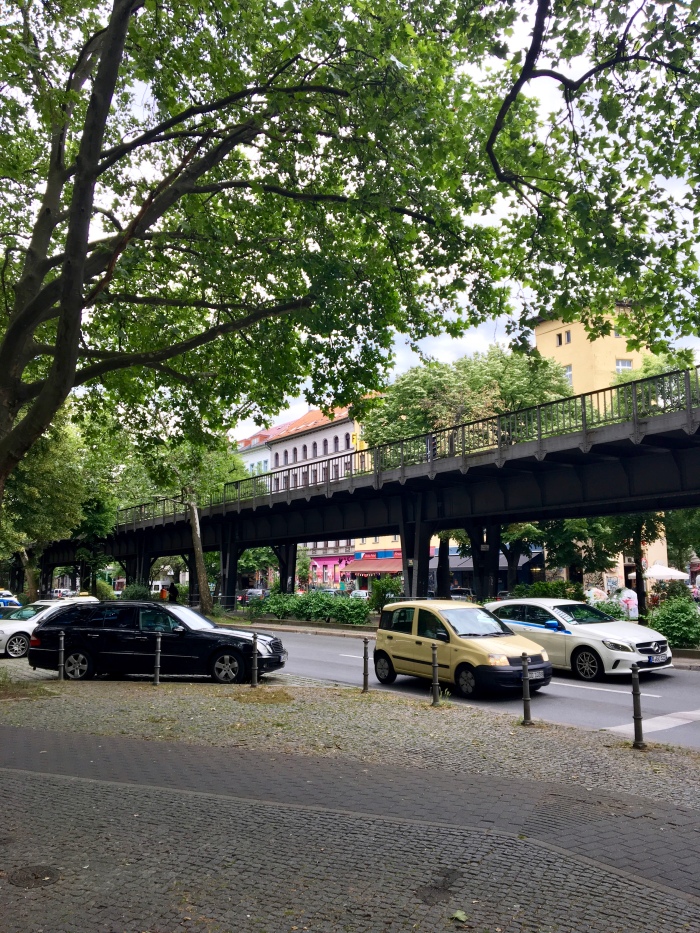 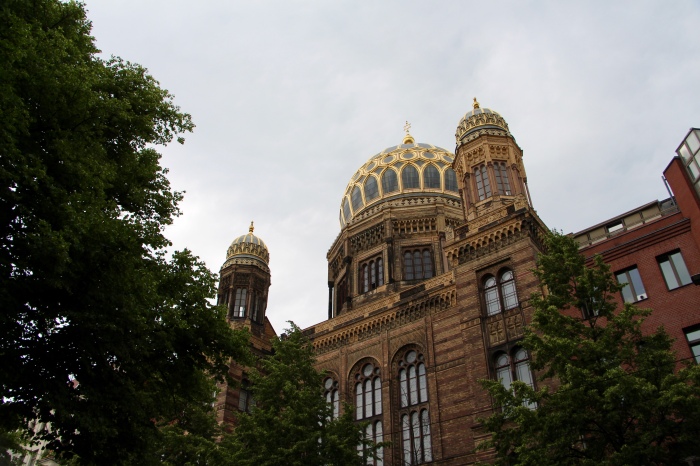 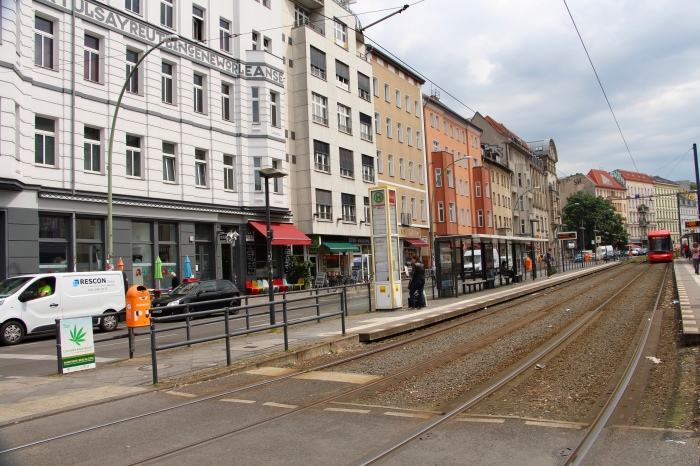 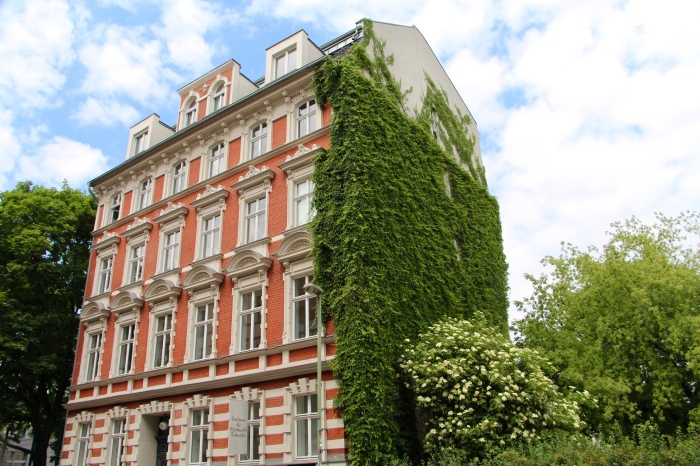 Exploring Berlin’s many museums can be an educational and fulfilling way to spend a day or two. The best museums in Berlin, to name a few, are the Topography of Terror Museum, the Jewish Museum, the Allied Museum, The Berlin Wall Memorial, and believe or not, the Currywurst Museum. Although it may leave you with a nauseating feeling in your stomach, I do recommend visiting the Topography of Terror Museum. It’s an indoor and outdoor museum that documents the atrocities committed under the Third Reich. 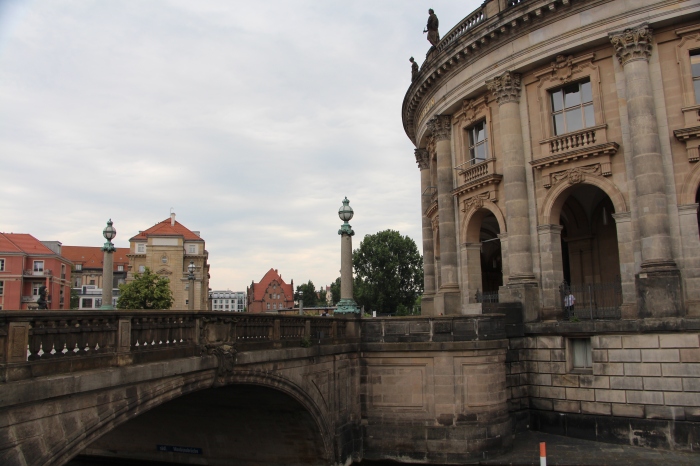 What and where to eat and drink

I’d say slightly more than half our time in Berlin was spent eating and drinking. When I was planning out restaurants and places to eat in Berlin I came across a blog called Berlin Food Stories. I took a lot of inspiration from this blog – I highly recommend it as a planning tool!

When we arrived in Berlin, the first thing we wanted was German beer, and we found it at Lemke. We tried all kinds of beer, and enjoyed a massive German sausage platter. Later in the evening, after wandering around the city and exploring a little, we found a lovely restaurant close to our hotel called Das Meisterstruck, and enjoyed small bites, and craft German beer and delicious German Riesling.

When in Berlin, you must try at least one döner kebab. I had done a lot of research on where to find the best one, and it all paid off when we arrived at Imren Grill in Kreuzberg late in the afternoon. Their lamb döner kebab blew me away. I’m still thinking about it. This place is the real deal, and it’s cheap! We tried many other places for döner kebabs, and none held a candle to this place! Other honourable mentions in Kreuzberg go to Markthalle Neun, a food market offering everything from sausages to Vietnamese to burgers, and Ta’Cabrón Taqueria, home to really delicious Mexican food.

One morning in Berlin we craved a hearty breakfast, and found one around the corner from our hotel in Mitte at a restaurant called Chipps. It was delicious! We also tried currywurst three different times in Berlin, as we were bound and determined to find the best. We ended up enjoying it most at Konnopke’s Imbiss in Prenzlauer Berg. We ordered currywurst, German beer, and sat outfront the restaurant under a metro bridge at a picnic table and people-watched. It was heaven. Cheap, affordable, delicious heaven. 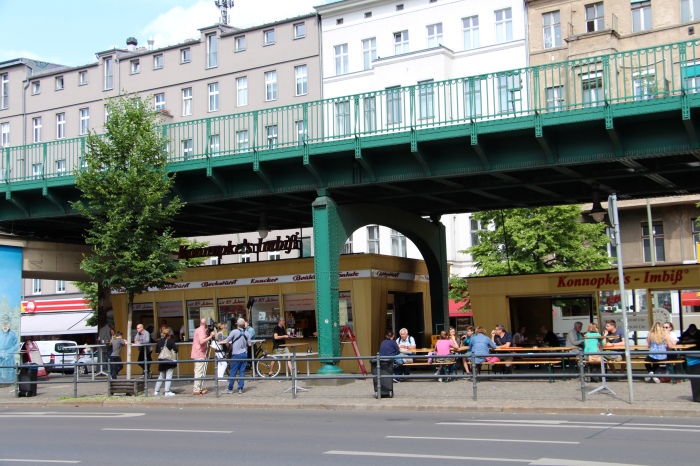 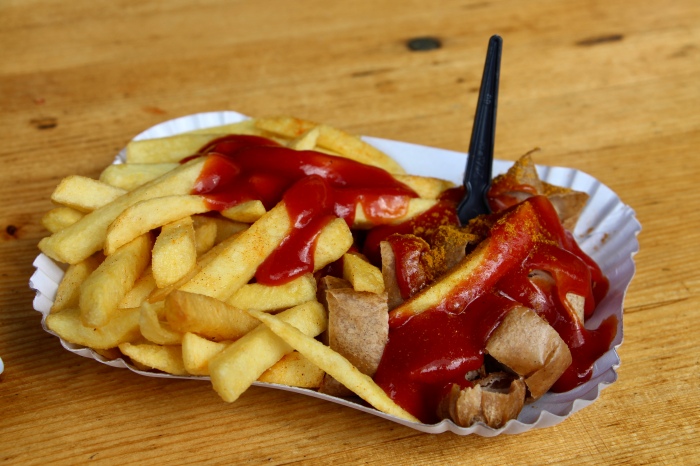 We found delicious popsicles to help cool us down on a hot afternoon at the Circus Cafe, sipped delicious coffee at The Barn, and devoured white asparagus soup and schnitzel at Schnitzelei in Mitte, but the best, most wonderful place we found in Berlin was Prater Garten, a biergarten in Prenzlauer Berg that ended up being an absolute highlight for us. The beer was classic German and delicious, and since it was a hot afternoon, the mature chestnut trees provided shade that allowed us to spend hours drinking beer and enjoying life. 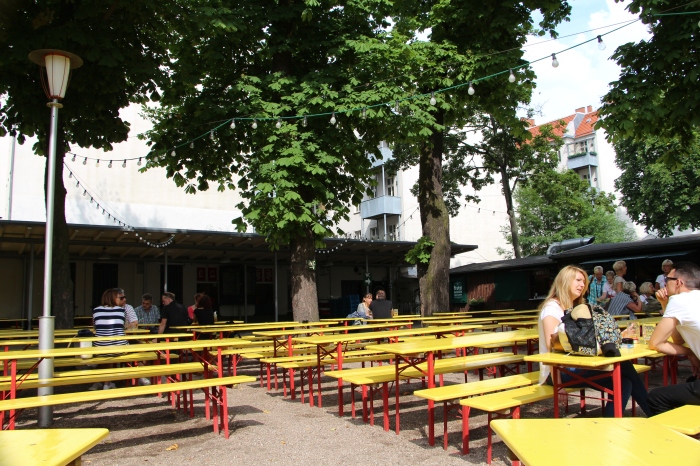 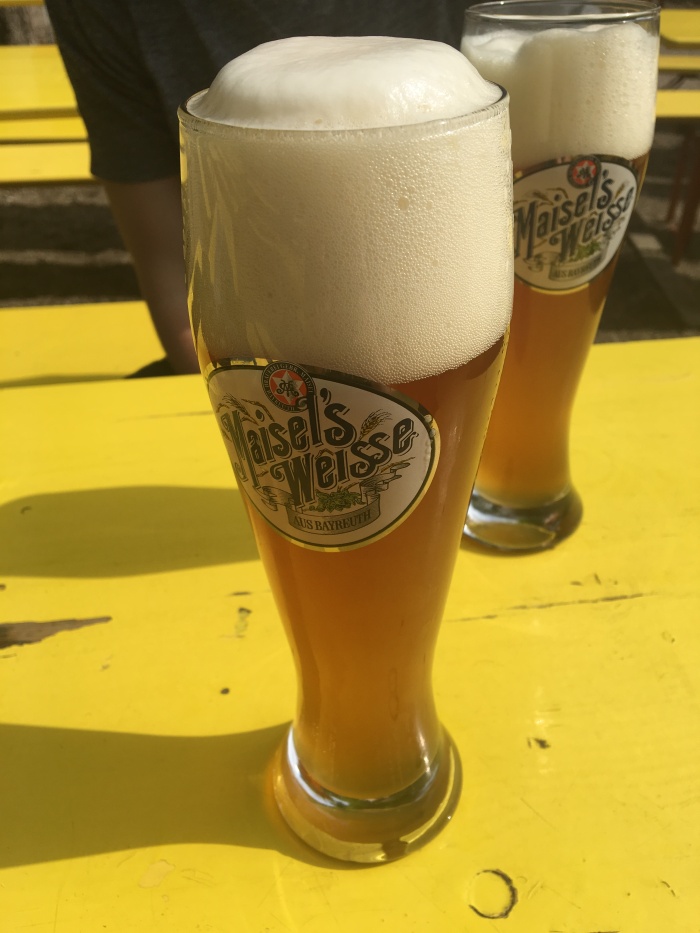 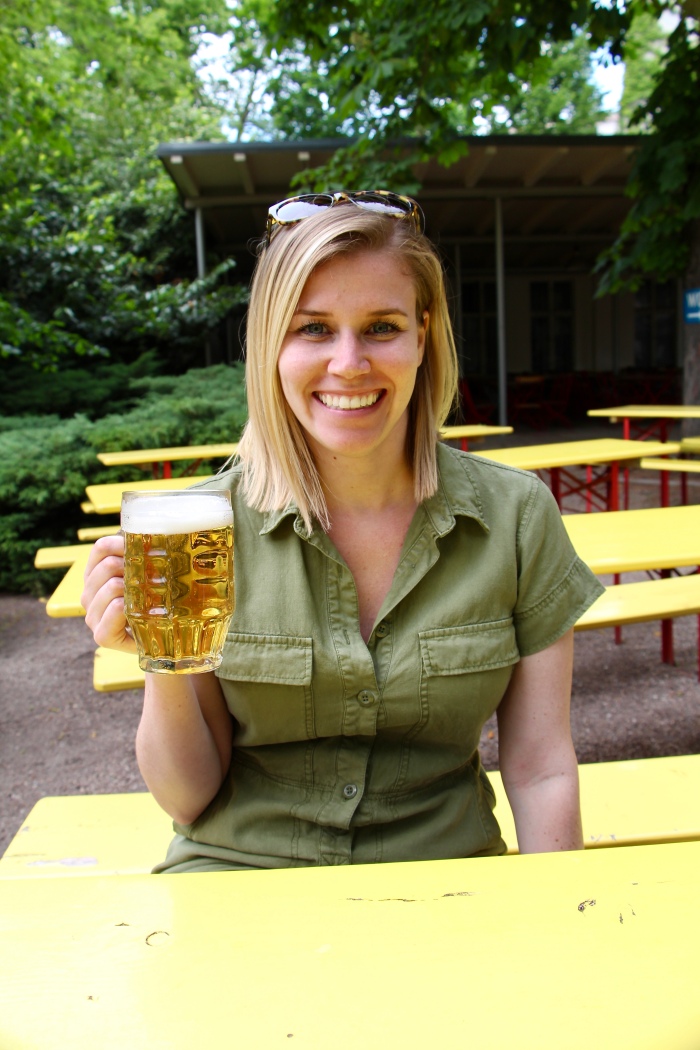 Other places I had researched but that we didn’t make it to were Curry36, Adana Grillhaus, Transit, Klunkerkranich, Meierei and Thai Park.

Know before you go…

Berlin is massive and expansive. In order to make your time in the city go as far as possible, you’ll want to use the transit system. Luckily, it’s amazingly convenient and easy to figure out! You’ll be jetting around Berlin from neighbourhood to neighbourhood in no time!

Bring cash! We learned quickly that relying on credit cards as a form of payment wasn’t going to make life convenient for us in Berlin. Have euro’s on you when you’re out exploring.

Despite there being numerous areas in Berlin that would be wonderful to stay in from an accommodations standpoint, Mitte is the most central, and closest to the vast majority of sights and landmarks. We stayed at the Arcotel John F Hotel in Mitte. It was affordable, conveniently located and the rooms were clean and modern.

Getting to Berlin via airplane isn’t the easiest, as their major International airport is yet to be completed. For this reason, we decided to fly into Prague, experience it, and then take a four-hour train trip to Berlin, arriving right in the centre of the city at Berlin Hauptbahnhof. 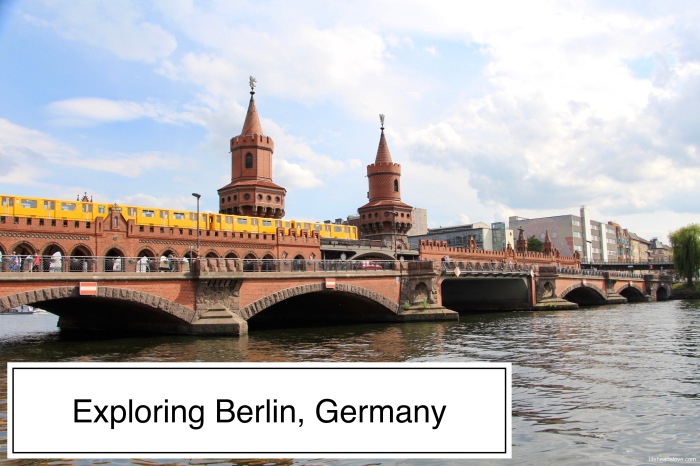 One thought on “Exploring Berlin, Germany”